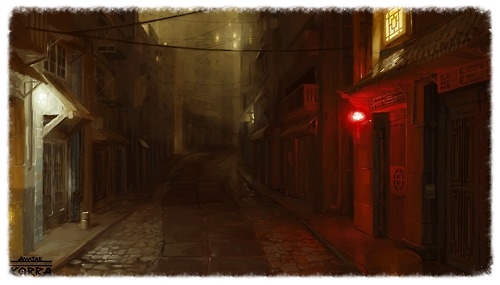 Toward the edge of the city's less desirable districts lies Honshi Street, a narrow and winding passage lined by businesses just barely legitimate enough to avoid outright suspicion. By day peddlers and shopkeepers crowd every space available attempting to sell their wares, but by night the city's darker elements tend to make an appearance, and it is rumored that behind closed doors any number of illegal activities may take place. Over time, Honshi has become the stage of many gang battles and known as one of the most violent areas in the city.

The Fifth Element
Retrieved from "https://avatarrp.fandom.com/wiki/Honshi_Street?oldid=114958"
Community content is available under CC-BY-SA unless otherwise noted.