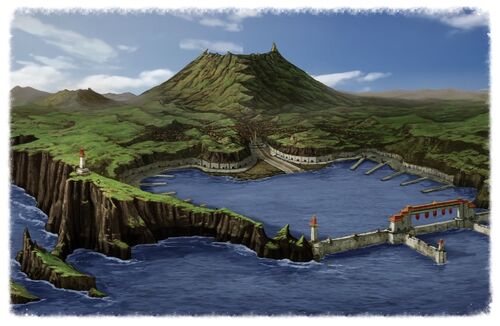 The Fire Nation, of all the nations, has changed the least. It still remains ruled by a single leader known as the Fire Lord and his governors who lead specific areas within kingdom. There still remains a watchful eye on the Fire Nation as many worry that one leader may decide to take on the ideals of Sozin. Through this fear others had for them, they became very isolated from the rest of the world.

While, over the years, nothing like this has happened; people still remain fearful of them at times. Still, they remained separate from the world while many years of chaos ensued in other countries. They remained content to stay this way for as long as the could. Unfortunately they were not able to remain bystanders for long. The Rebellion caused strife across the entire world.

As with the water tribes; many acolytes of Avatar Kiryi traveled to the fire nation in order to try and convert others to their cause. They figured that with their history, they would be sure to jump at a bender ruled ideology. They were horribly wrong. The Fire Nation was prepared for them and ordered the arrest and execution of all of the people who pronounced such a belief.

Not wanting such a travesty to befall the world again, let alone have it happen by their people; the Fire Nation’s government took a very strict stance on this subject. The world would be equal for all nations and creeds, benders and non-benders. This was the ideal of Zuko and Aang and they decided to uphold it with all they could.

Firelord Hiroshi strove to make his country completely safe, prioritizing the power of the army and the police forces all over. Making the country far less crime ridden compared to the Earth Republic. Gangs and street criminals are nearly constantly dealt with by police forces, allowing the army to primarily focus on defending it’s borders from the occasional wastelander raid. The Fire Nation is the only one of the four nations who’s been able to prevent their incursions with their own might.

Fire Nation prisons focus on rehabilitation and ensuring that captured criminals don’t cause trouble again. The country has great businesses such as trade, blacksmithing and technology. Granting citizens many job opportunities if they possess great skill, education or simply good connections.

But powerful criminal cells such as mercenary crews and assassin guilds manage to evade law enforcement and resume their activities. Even with their relative peace, the Fire Nation still struggles with their overpopulation issues. Causing cities to be congested and overcrowded, hence why some struggle to find employment. This is the main reason why it’s citizens would be willing to immigrate to places such as the Western Air Temple and the United Republic’s capital known as Republic City.

The Fire Nation is teeming with a large number of high class families due to it’s large amount of business, industry and trade. Employing most of it’s citizens and making use it’s overly large population. But unfortunately this still leaves some poor and struggling since low class citizens have a hard time competing against so many others seeking employment.

Many nobles will turn to dark and illegal means to maintain their wealth and assets. Even using mercenaries to secretly wage war against competitors and assassins to eliminate possible threats. Hence why the Fire Nation’s underworld is primarily made up of mercenary guilds and assassin clans.

Retrieved from "https://avatarrp.fandom.com/wiki/Avatar_Roleplay_Wiki:Fire_Nation_History?oldid=114907"
Community content is available under CC-BY-SA unless otherwise noted.