Note: You cannot make a wordbubble or page for your character until they are accepted and the template has been posted on the application page.

1. Your character can be any type of bender or non-bender, except the Avatar of course. All char

2. Your application must be at least THREE PARAGRAPHS (for just the history) containing five sentences in each. Please break these paragraphs up - it makes it easier to read. It must be in depth and detailed on why your character wanted to become a citizen of Republic City and how they got there. All histories must comply with our histories that explain what happened between the age of Korra and the current time. The World History section of the navigation bar is where the story can be found. This is especially important if you desire a character from the Southern Water Tribe or Earth Kingdom since those countries no longer possess those names.

3. YOU MUST SHOW A PICTURE OF YOUR CHARACTER.

4. Your character CANNOT make his/her own tribe, be the avatar, blessed by the moon spirit (as there can only be one and there is), or be royalty (example: firelord's child); etc.

5. You must give, but are not limited to, the following information:

A guide of character alignments can be seen here.

6. For powers/abilities for your character if they are a bender/non-bender, you do not get to choose what you have just yet. Each bending type(and Non-benders) have a preset list of initial powers, and then progresses to obtain more over time. (See here) Meaning characters cannot start out as master benders capable of abilities such as bloodbending or lightningbending.

7. 5-6 is the normal age for a child to first use their bending; they're likely to try to bend if they know they have close relatives that are benders. However, if the character is in a situation where they wouldn't try (such as an airbender birthed by two non-benders), it's fair to say they do not learn until 8-9. Nine is the absolute limit for a person to know whether they're a bender or not.

8. If unapproved and you go more than seven days without editing on your application it will be archived.

9. Your character is YOUR character, meaning it is what you make he/she out to be. DO NOT steal ideas from other characters on here. BE ORIGINAL.

10. If you desire your character to join any of the listed factions on the navigation bar, you must receive the approval of the owner of the faction leader. Ex: You must ask Wingstrike, the owner of Ming He if your character may join the Yin Shi. Faction membership is highly recommended for first time characters since they provide an easy way to get involved in roleplaying on the wiki. They allow your character to go on wonderful adventures and bond with others. Faction involvement is also the best way to earn Event Points which can be used for all sorts of things. Molding a character for one of the factions is certainly something to consider and a smart move to make.

11. Seeing as how the entire point of citizenship applications is to create new residents for the city, it is clearly forbidden for users to make characters who were born in the city without a special prize that would allow them to do so.

Special rule: So, as far as character names go, they must fit the world and the themes explained below. Due to rarity of last names in Avatar as they were generally only present in nobility and other wealthy families, if you choose to have a last name for your character, you must put the work in to make the name fit his/her background. Keep in mind, a last name is not necessary and is a very uncommon thing.

Note: For reference if you do want a last name, the Earth and Fire nation have mainly a Chinese and somewhat Japanese theme to names, the Water tribes have Inuit (Eskimo) based names and the Air nomads do not have nobility, as they are nomads, and as such if your character is part of the nomads, they wouldn't have a last name without good reason, such as being part of an Earth Republic family while still being an airbender.

If you need help coming up with an Avatar themed character name, click here: http://forums.avatarspirit.net/index.php?topic=10938.0

Sometimes, when someone is done with a character and they don't want to simply kill them off, they put them up for adoption for other uses to have them. If you would like to adopt a character rather than make one of your own then simply get in contact with the user who owns the character you are interested in from the list below. Once you have worked out the adoption, be sure to contact a staff member to handle it and make sure everything is done correctly.

No adoptions are available at this time.

This template is used to accept applications. Normal users are NOT permitted to use this template by ANY means.

(Note: Anyone listed above also has the privilege of skipping the application process and making their characters right away.) Individuals Able to Comment on Applications:

This application has been approved. Welcome, Firebender. Please make a page for your character as well as a word bubble to roleplay with. Please check out our template guide for valuable information. If this is your first application, please add yourself to our time zones list. The final step is to add your character to the bender list under the Citizenship tab. Thank you for your contribution.

A gallery of non-canon hybrid animals that are available for use. 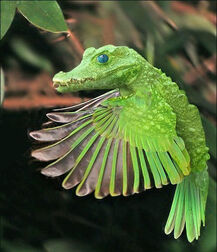 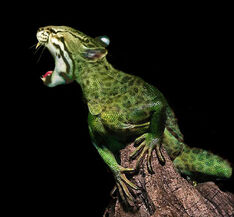 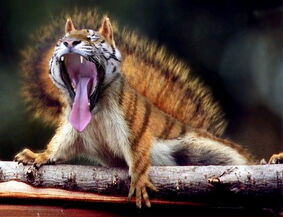 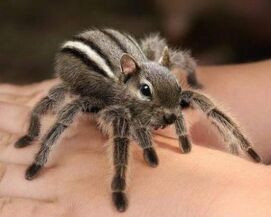 Species: Spiderchipmunk
Add a photo to this gallery

Our Affiliates at Avatar wiki were kind enough to create a list of all canon animals within the avatar universe!

1. A synopsis of the plot the user wants to run must be provided.

2. Specific locations the RP going to run in, NPCs and factions involved and potential outcomes must be cleared with other admins who work on events, but do not have to be listed on the application.

3. Extreme ideas are outright banned, such as "killing the Avatar.", Community Management reserves the right to privately ask a user to elaborate on specific points.

4. Small-scale events are overseen by a mod or rollback, while larger RPs have admin and bureaucrat support. If approved, Community Management can give the user NPCs, locations and extras (real characters which are acting as background characters) to use as well as coordinate the RP with faction leaders if required.

5. Once an RP has been approved, it will be down to the applicant to decide which user does what, however, they themselves will be most likely the ones leading the RP event, with a Community staff member ensuring they stick to the agreed rules. Deviation of set rules may lead to deletion of the RP.

6. In the case that a wiki-wide RP has been launched, at least one other member of the CMD must know at least the basic storyline, so that it can be continued in case the original user running it goes inactive without warning.

7. You must give, but are not limited to, the following information:

Applications are handled completely through the RP Application forum. If you would like to make an RP Application, simply follow the previously listed rules and make a new thread on this forum: Event Applications. A member of the staff will then post on the thread and work with you to get things approved.

Retrieved from "https://avatarrp.fandom.com/wiki/Avatar_Roleplay_Wiki:Applications?oldid=116663"
Community content is available under CC-BY-SA unless otherwise noted.