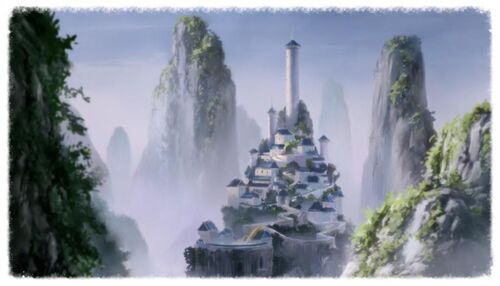 After the creation of many new airbenders and the revival of air nomad society; they have once again become a major influence in the world. Even more so now, the air nomads try to actively take part in the things going on in the world. They act generally as peacekeepers for areas in turmoil. However, they themselves are not excluded from turmoil.

A few decades after the death of Tenzin, the person holding all the airbenders together as air nomads, many of the newly discovered airbenders, who were all from other nations and not born as airbenders, wanted to return home rather than stay as a part of the air nomads. While the others were against it, they could do nothing to stop their brethren from leaving and rejoining the other nations. Thus the other three nations now had airbenders living among them.

This caused a good amount of upheaval in the culture of the air nomads. While they desperately were trying to stick to the roots of the air nomads of Aang’s time; they decided it would be best to change things so they could avoid this sort of thing from happening again. And so, the Air Nation was formed. Each temple was declared an official city and also a capital of the Air Nation. While many still remain purely nomadic; most, as well as the nation itself, remain air nomads in title only. With the nation formed, their ideals still stay the same. They have no army or navy and have no intent to cause war but merely prevent it if possible. Their primary population is split between of the five temples; northern, southern, western, eastern and air temple island. A small portion of the nation decided to either live a purely nomadic life or take on the ideals of Tenzin and go where the world needed them. Many of the latter have joined in to the Citizenship Project to help heal the wounds of Republic City.

Many people in other nations were attracted to the carefree and peaceful lives of the Air Temples. Causing many Fire Nation citizens to immigrate to the Western Temple, Northern Water Tribe citizens to the Northern Temple and Earth Republic denizens to the Eastern. Though hardly anyone was tempted to live in the Southern Temple.

The presence of savage raiders near the Southern Air Temple known as the Wastelanders hailing from the South Pole which was reduced to a cold and unforgiving wasteland. Other Temples tried assisting, but the attacks were too inconsistent to predict. Some attacks they made had left the Wastelanders with produce, livestock and even female slaves. All of which they had needed since farming was impossible and breeding to expand their population was vital to them. Unfortunately the airbenders there had began to doubt their peaceful teaching. Deciding the sake of self defense justified killing the invaders in battle. The reason why Airbenders from the Southern Air Temple are known for their skill and even use of soundbending.

Air Nomads are quite concerned with the state of the world, desiring to help those who struggle in the Earth Republic, Fire Nation and United Republic. Leaving a temple to aid the world is a highly respected and common practice among Nomads who reach early adulthood or late adolescence. Though banishment is also a means of keeping their temples safe from those who grow horribly violent and cruel. Causing serious or lethal injuries to another air nomad is grounds for immediate removal from one of the five temples. In extreme cases, the offending nomad will be detained until they can be arrested by the authorities of a neighboring nation. Air Nomads leaving the temples have tried to aid the world in many ways from teaching their ways, adopting orphans, inviting poor people to live at a temple where they need not fret about finances or other endeavors such as charity or even joining local police forces where they make fine peacekeepers.

Nomads from the other temples often train and move to the Southern one so they can defend their brethren from Wastelander attacks. This is a brave endeavor that Nomads decide to do, since new arrivals are often crucial to the Southern Temple’s population and survival. Especially since each temple possesses a surplus of benders of elements aside from air and even some nonbenders, adding some diversity to the Southern Air Temple’s vigilant defense brigade.

Air Nomad culture has always believed all life is sacred, making it so nomads would only kill as a last resort. Though the Defense Brigade fights to kill during battle and imprisons survivors of battles. Anyone wishing to live in a temple must abide by their beliefs. Air Nomads also believe that the concept of money is troublesome and corruptive, they find it better to merely distribute needed resources equally across their temples so no one knows hunger and poverty like in the Earth Republic.

Retrieved from "https://avatarrp.fandom.com/wiki/Avatar_Roleplay_Wiki:Air_Nomad_History?oldid=114906"
Community content is available under CC-BY-SA unless otherwise noted.