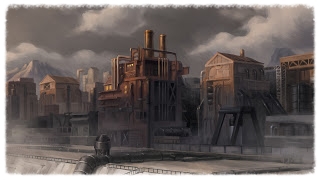 During the Rebellion, many of the thriving industries of the city were attacked and abandoned. Many more collapsed with the large amounts of people fleeing the city and were also left abandoned. Their remnants can be found scattered across the industrial district.